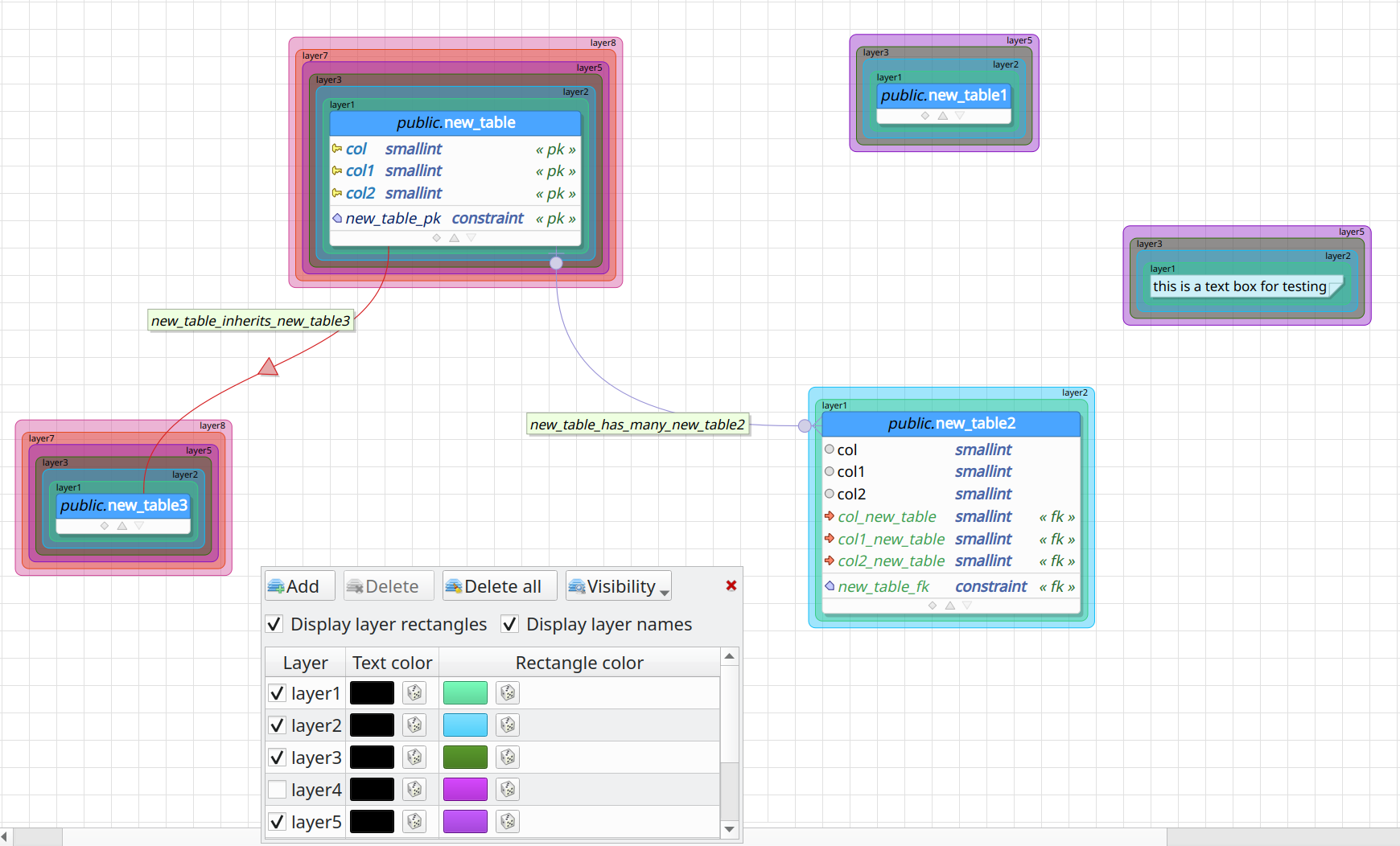 It took almost half-year to conclude the first alpha release of 0.9.4 due to several problems I was facing. Anyway, I kept working on pgModeler at a slower pace and releasing snapshot buildings until we had reached an acceptable state of maturity for an alpha release. The main improvement of this version is the support for multiple layers as well as custom colors for these entities. Additionally, we have added the ability to change the colors of the canvas elements: grid lines, background color, and page delimiter colors. Functions and procedures can now use custom configuration parameters and transform types. Finally, there were important fixes too, which include the fix to the malformed SQL code related to triggers and functions, several patches in the database importing feature, the correct loading of changelog entries registered in a database model file, and much more. In this post I'll describe some of the improvements in detail, so don't let to read it!