The former widget known as SQL Tool received so many improvements that was moved from the design view to its own space and will be fully detailed in the advanced tools chapter, nevertheless, it'll be quickly described here in this section. This view contains only two subsections (as shown in the image below) and they are: 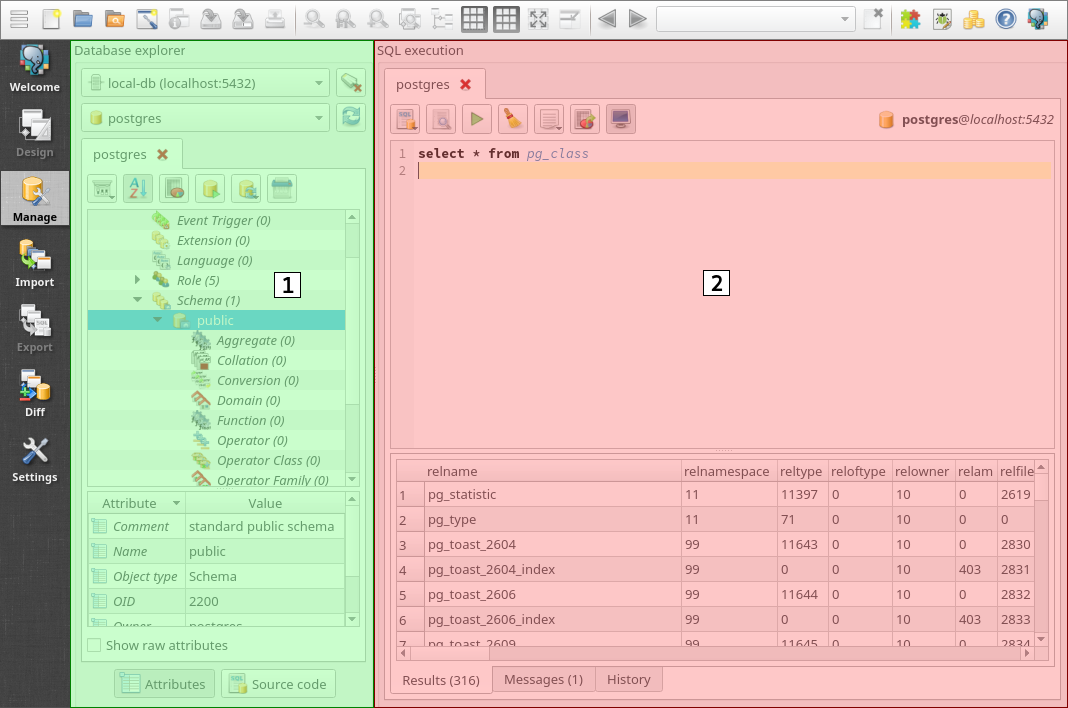