I'm glad to annouce pgModeler 1.0.0-beta1!
Only one more development cycle to reach the stable version.

This development iteration was mainly focused on code refactoring aiming for overall stability and code maintenance, but, as always, there were some minor fixes and changes in the user interface and in other core features. A new CSV parsing routine, improved reverse engineering, and minor adjustments in the design view are some of the changes in this release which are explained in the full post, don't miss it!

pgModeler 1.0.0-beta is finally here delivering important enhancements!
... and we're a step closer to the most awaited version ever: the stable 1.0.0!

Following the path to the stable release, today I present to you pgModeler 1.0.0-beta. The main focus of this release is to remove the support for PostgreSQL 9.x which has not been maintained for over a year. This release also brings minor improvements in several parts of the tool. Now, the data dictionary displays information related to indexes, triggers, and sequences used in the tables, making the generated file much more complete from the documental point of view. Another improvement was the ability to generate SQL code split in the command line interface which allows generating SQL by objects in separate files. In the model design area, the magnifier tool has improved to allow better object interaction. As part of the continuous enhancement in the UI and usability, navigating through form fields using shortcuts and tab keys has been improved to be much more consistent and intuitive compared to previous versions. These and some other fixes and changes are detailed in the full post, don't miss it!

Since the main focus of this release was to improve even more the UI, we had to work on the refactoring of the codebase to use Qt 6 which has lots of enhancements compared to the previous major version. So, after 2 months of work, pgModeler is now completely ported to Qt 6. So, attending to some requests, pgModeler received the ability to change the icon sizes to fit different screens in a better way. Still in the responsiveness subject and using the Qt 6 improved high DPI screens support, pgModeler allows the use of custom UI scale factors which adjust the entire user-interface rendering depending on the screen that the tool is running. Another enhancement that is worth mentioning here is that the columns/constraints propagation mechanism was completely rewritten which resulted in a noticeable performance gain and now solves an old problem of columns/constraints created by identifier relationships not being added or even disappearing in certain circumstances. More details on the full post. 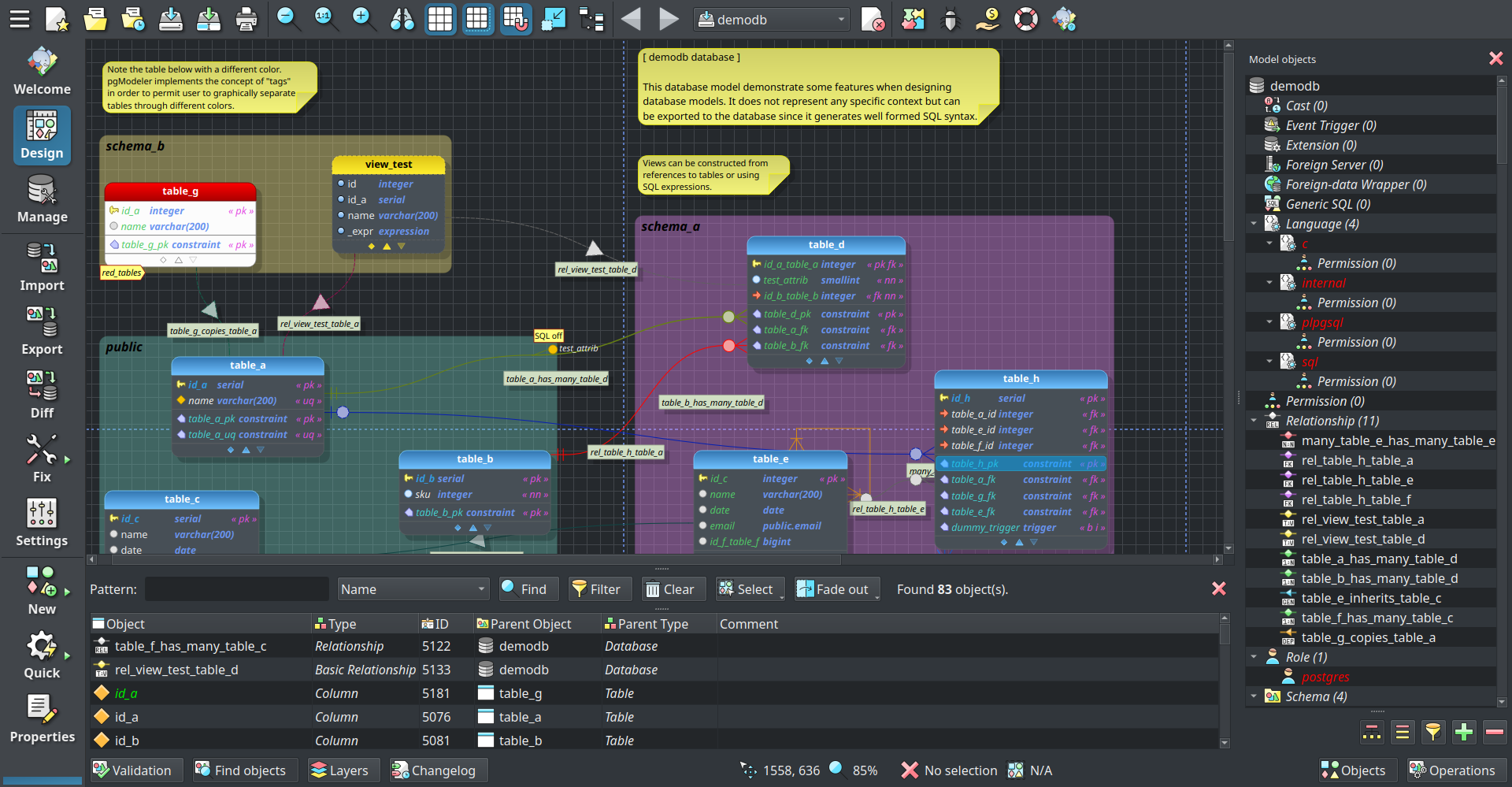