Finally we've reached the last beta release of the 0.9.1! This time pgModeler brings important fixes and new features requested long ago which are finally implemented in experimental stage. For this release we have the support to multiples relationships for the same pair of tables, support to missing features brought by recent PostgreSQL versions such as row level security (RLS) and identity columns. We also have several improvements and bug fixes that will make pgModeler even better to work with. Checkout the full post for details of the most relevant features introduced. 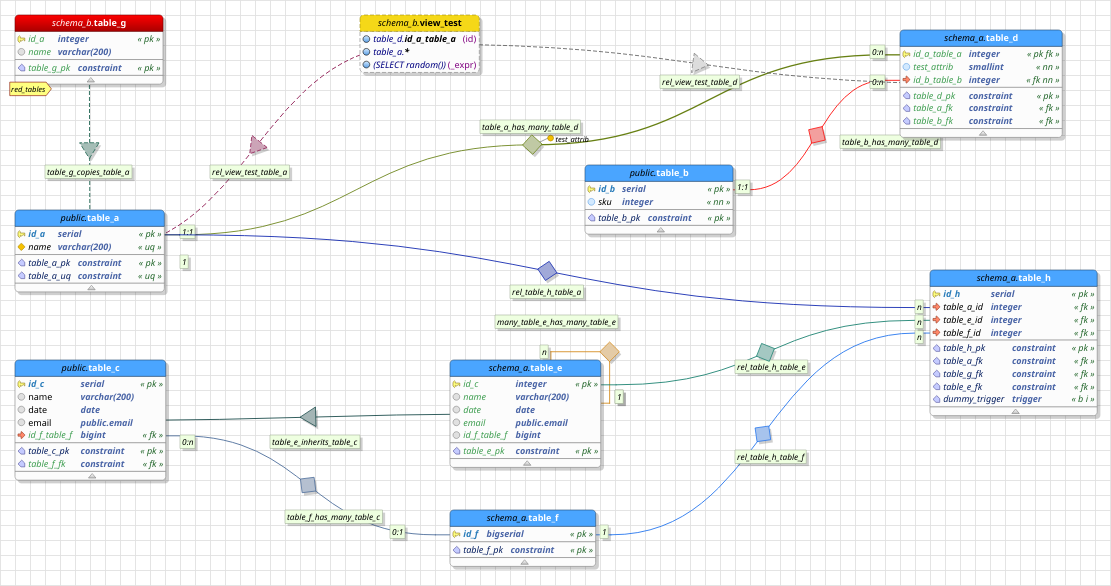 This is the last release before we can finally launch the stable 0.9.0. The development of this version was mainly focused on improving the user's experience on high resolution monitors by introducing an automatic machanism that is capable to resize dialogs, objects and fonts according to the current screen settings. This support is quite experimental and will be polished in the next releases. Another feature introduced was the support to browse the referenced rows as well the referrer rows in data manipulation dialog which will improve the the whole data handling experience. How these features work, their drawbacks and limitations are fully explained in this post. Don't miss it!

pgModeler 0.9.0-beta is out!
Even better but there's always room for improvements!

In this first beta release we have added some new design improvements as well important features and fixes that will improve the user's experience. Wishing to deliver as many as possible compatibility with all PostgreSQL releases of the series 9.x, we are bringing the support to indexes in materialized views which is supported by the RDBMS since the version 9.3. Another improvement added is the ability to edit object's source code (when applicable) in external editors of your choice. Now, turning to the data modeling field, the user is capable of toggle the displaying of the extended attributes area where indexes, rules, triggers and constraints are placed on tables and views. This can be useful to improve the visualization of huge models. Finally, other small improvements and fixes here and there were done making our pgModeler even more amazing. Checkout the details in the full post!

pgModeler 0.9.0-alpha1 is out!
Bringing lots of improvements that really worth the update!

After almost four months of work we finally delivered important improvements in the design process that were requested long time ago as well several bug fixes that will make pgModeler even better to work with. If you follow the discussions in the Github community you're pretty aware that many enhancements are requested by our users. You also might know that one of the most awaited features in this project is the quick primary key creation, suggested at least 3 years ago. Well, this wait is over my friend because I'm proud to announce that this improvement is finally done! We also have introduced in this release: the object fading which will facilitate the model visualization, the ability to duplicate objects in the model, a better SQL history that is now persisted in its own file which is restored whenever the user connects to a database, and much more. In this post I will describe in details what this release have brought. 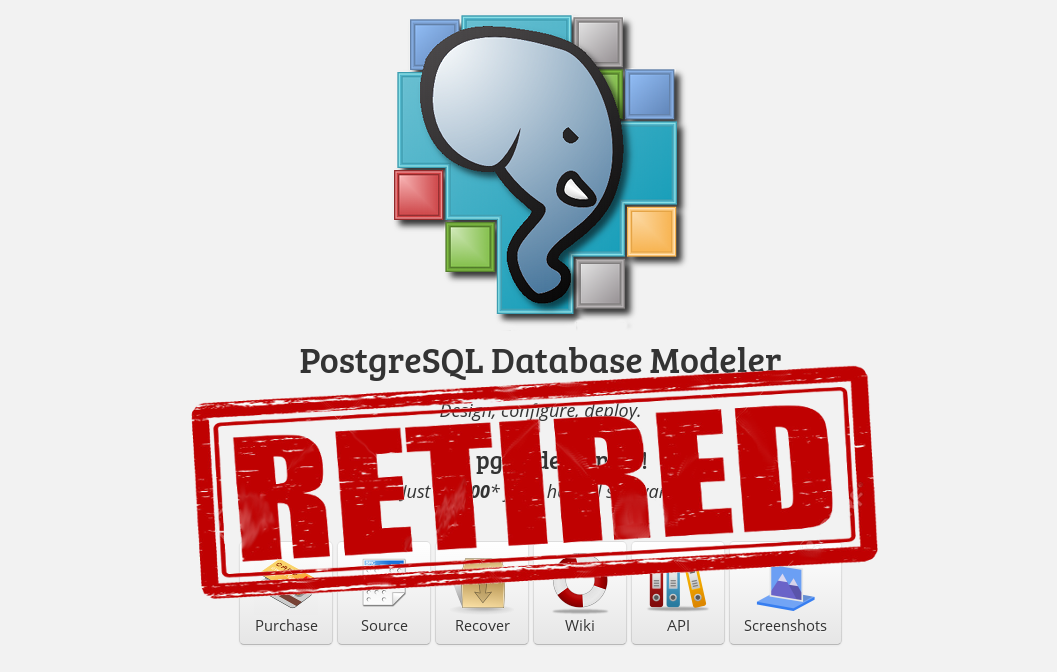 Do you remember that old fashioned, clunky and outdated web site? Say goodbye to it because today it is being officially declared RETIRED for the sake of all the people who follow this project since 2012 when pgModeler gained the world! Now, If you were one of the persons who supported our beloved project by purchasing a download subscription in any moment between 2012 and today (January, 08), you sure remember the confusing monetization model, right? Forget it too... We have simplified it. Finally, the software versioning schema will receive an important change starting this year for a good reason. In this post I'll give details about all I have done so far and what I have planned to this project.