Translate pgModeler's user interface requires the use of three tools called lupdate, linguist and lrelease, all of them being part of the Qt framework. The lupdate command will scan the pgModeler's source code directory extracting the terms that can be translated and store them in a file called dictionary. The linguist program is the one used to open the dictionaries generated by lupdate and provide the translation of the terms present in that files. Finally, we use the lrelease to generate a compiled version of the translated dictionaries in order to be interpreted by pgModeler at startup. A few steps must be executed in a specific in order to achieve the correct result: 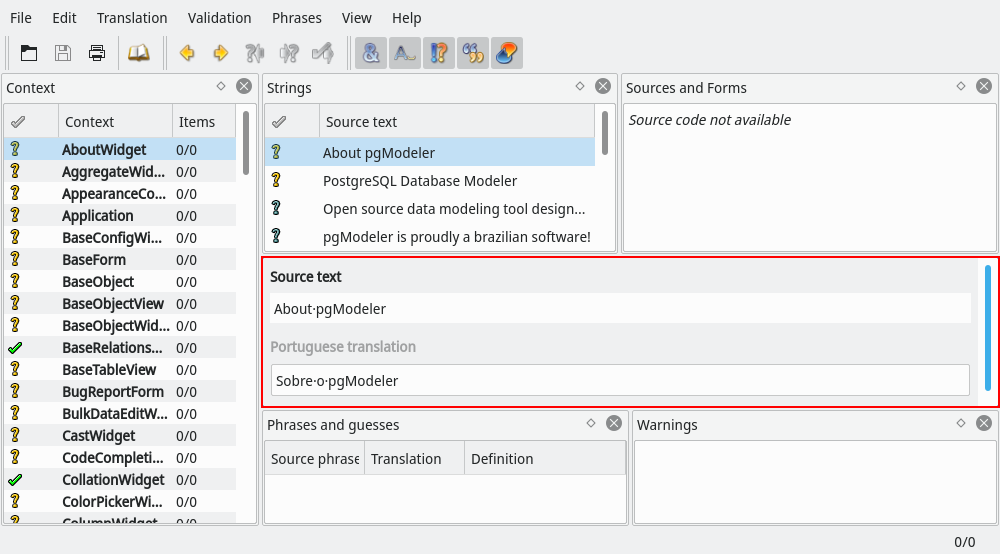 You can now test the generated dictionary for your native language by normally running pgModeler. If for any reason you notice that the translation is not being correctly loaded you must check your system's current language configuration or manually change the language on pgModeler's general settings. Additional guidance and advanced information about the topics described in this chapter can be retrieved directly from the pgModeler's author. It'll be a pleasure to assist anyone who is willing to collaborate with pgModeler.