The former widget known as SQL Tool received so many improvements that it was needed to be moved from the design view to its own dedicated space on the main window. It will be fully detailed in the advanced tools chapter, nevertheless, it'll be quickly described here in this section. This view contains only three subsections (as shown in the image below) and they are: 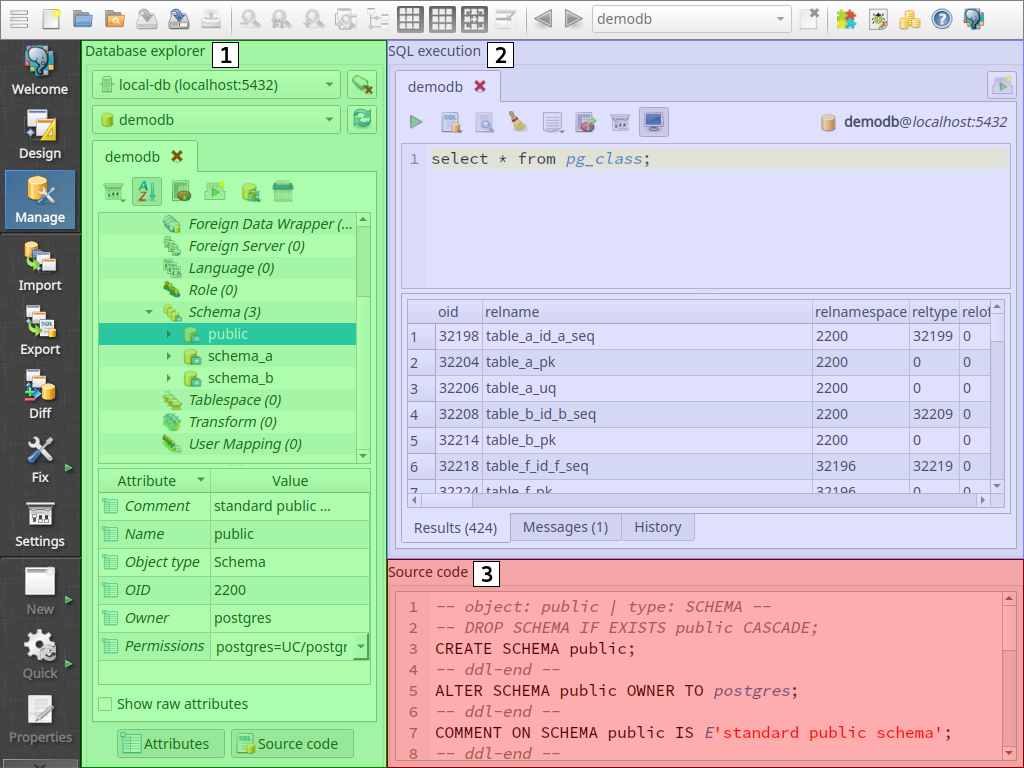 This concludes the first chapter of this manual. From now on we will detail the majority of features available in pgModeler including the ones quickly described in this chapter. In the next chapter, some basic instructions will be given on how to use shortcuts and controls in the design process.